And Our First Lady

Rev. Campbell’s high-energy preaching is a great match with the high energy worship services of Ebenezer. God has truly anointed Dr. Campbell with many spiritual gifts including wisdom, discernment, and deliverance.

His inspirational preaching and dynamic teaching have reignited Ebenezer with growth in new memberships. Pastor Campbell’s unique gift of teaching scripture in plain language, with real-life illustrations and applications has also brought about an increase in weekly Bible Study, increasing the number of classes needed to keep up with the demand.

Dr. Campbell is an active leader in our Community. He served as the Vice-Chair of the Hill District Minister’s Alliance (HDMA), a group of pastors and leaders who meet on a regular basis to coordinate support for new and ongoing community initiatives. Dr. Campbell’s ongoing commitment to educating youth led him to serve a term as Co-Chair of the Hill District Education Council (HDEC).

Since his arrival at Ebenezer in September 2013, Dr. Campbell has served as a panelist for the African-American Gubernatorial Candidates forum sponsored by over 10 different Black political, service, religious and economic organizations; and participated in several prestigious events including the African American Heritage Day Parade, African American Chamber of Commerce of Western PA Annual Business Luncheon, and Tuskegee Airmen Memorial Dedication Ceremony. Dr. Campbell has also been a vocal and member of the Lower Hill Working Group; supporter of the Hill District CDC and Thelma Lovette YMCA. 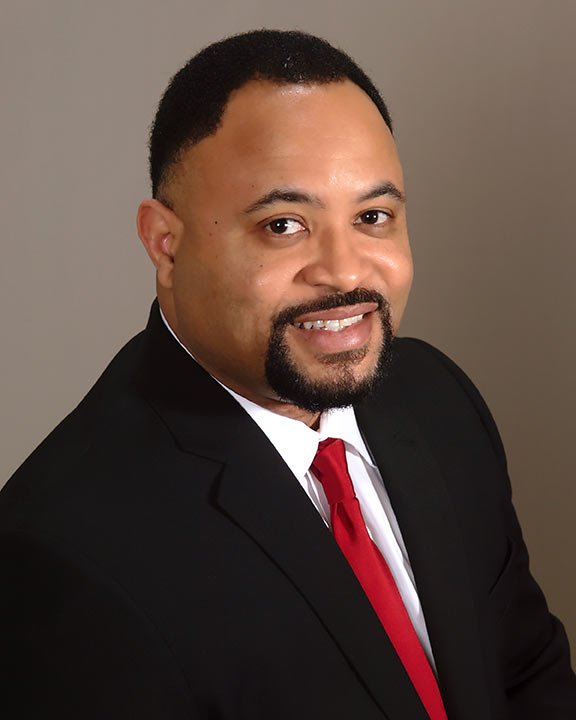 God, guide me as I speak the truth so that I do so out of love and seek only to build up, not to tear down.

Rev. Campbell was called into the gospel ministry in 1993 and licensed on October 19, 1997, by New Hope Missionary Baptist Church in St. Paul, Minnesota.

Dr. Campbell graduated with honors from American Baptist College and earned the Master of Divinity degree from Vanderbilt University Divinity School. While at Vanderbilt he completed the program in Black Church Studies of the Kelly Miller Smith Institute. He later earned the Doctor of Ministry Degree at Morehouse School of Religion (ITC) in Atlanta, Georgia.

While at Vanderbilt, he served as President of the Vanderbilt Black Seminarians, Chairperson of the Student Honor Council, and was a member of the Faculty Search Committee for a Theology Professor. Rev. Campbell’s Master’s Thesis at Vanderbilt University Divinity School received the distinguished grade of Honors and upon graduation, he was awarded the coveted Umphrey Lee Dean’s Award. He later earned the Doctor of Ministry Degree (with distinction) at The Morehouse School of Religion (ITC) in Atlanta, Georgia.

He was awarded the Martin Luther King, Jr. Scholar Award by the Interdenominational Ministers Fellowship. He is also a recipient of the Ambassador Dr. Bobby Jones Community Service Award for “outstanding spiritual and community service and leadership” presented to him at Tennessee State University. Dr. Campbell was employed as the Dean of Students and Chapel at American Baptist College from 2002 – 2004. Dr. Campbell served as the pastor of Kayne Avenue Missionary Baptist Church located in Nashville, Tennessee from 2004 – 2013. In 2010, Pastor Campbell was appointed to serve the Nashville community as a Commissioner of the Metro Human Relations Commission.

Dr. Campbell was also employed as Associate Dean and Professor in Pastoral Studies at American Baptist College from 2005 – 2013. Additionally, Professor Campbell was employed by Vanderbilt University as a Field Education Seminar Instructor from 2007 – 2012. He is a former Commissioner of the Work Release Commission for the Davidson County Sherriff’s Office. He has served on several non-profit boards of directors in Nashville, including an appointment to the Belmont University Board of Trustees in 2010. As an outreach worker for MANNA, Inc., Rev. Campbell served the poor by advocating for full access to the food stamp program, testifying before legislative committees, and doing DHS advocacy outreach.

Dr. Vincent K. Campbell served as an independent licensed realtor with Jim Luger Century 21 Realty in Medina, Minnesota. He primarily represented the real estate investment and development interests of several attorneys and physicians. During that time he was also employed as a legal assistant/office manager and workers’ compensation settlement negotiator with Leighton, Carney, and Crabtree Law Offices in Roseville, Minnesota.

He later served as a community organizer for the Eastside Neighborhood Development Company, Inc. located in St. Paul, Minnesota. In that capacity he gained valuable experience in urban development, building community collaborations around social programs and housing development. As a community organizer, he worked directly with city officials and private investors in securing grassroots community support for the Phalen Corridor Initiative by implementing a “BETTER TOGETHER COLLABORATIVE”. The Phalen Corridor has become a large mixed-use redevelopment area on St. Paul’s East Side. The Phalen Corridor boasts active residents and community groups, and its diverse population includes formerly displaced minorities including Native Americans, Hmong, Laotians, African Americans, and Latinos. More than 60 public, private, and nonprofit partners from the area joined forces as the Phalen Corridor Initiative and created new business opportunities, jobs, housing, health care facilities, and retail establishments for area residents.

Dr. Campbell later relocated to Nashville, Tennessee, and continued his engagement there as a community leader. He was instrumental in organizing and leading community meetings to broker agreement and support for a $10 million public/private partnership for the redevelopment of Rose Park in the historic Edgehill neighborhood of South Nashville. The partnership’s signed agreement between Metro Parks, Metro Schools, Neighborhood Organizations, Residents, and Belmont University was passed by the City Council.

As Associate Dean and member of the Senior Staff of American Baptist College, Dr. Campbell was involved in several building-renovations and construction projects. Additionally, he served on the Board of Trustees for Belmont University during the midst of several multi-million dollar building projects. 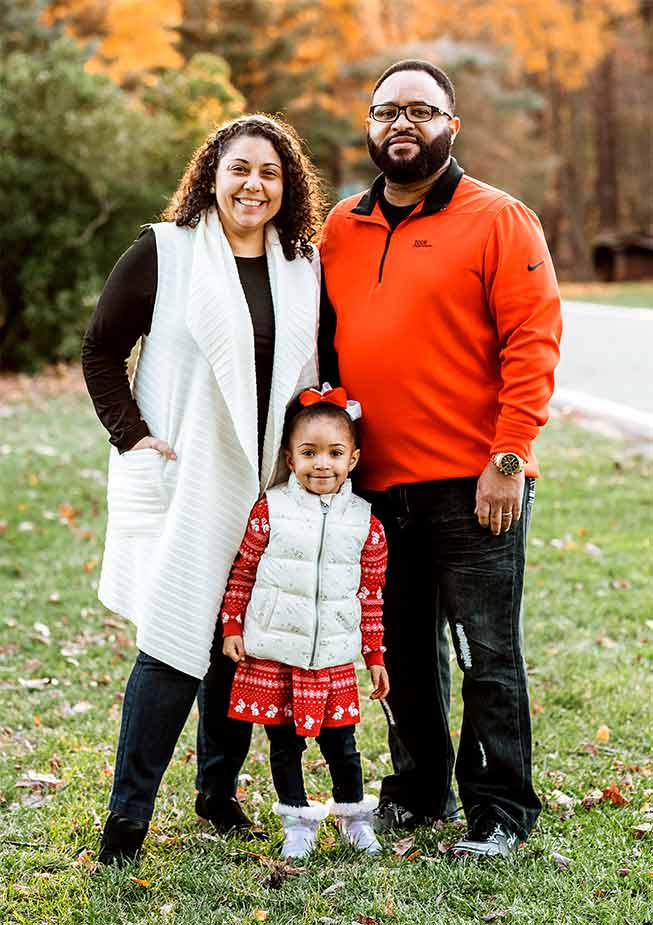 Mrs. Jamie L. Campbell is a native of St. Paul, Minnesota. After graduating from Humboldt High School, she attended St. Paul Technical College and Globe College of Business. She graduated with honors, Magna Cum Laude, from Nashville State Community College with an Associate of Applied Science Degree in Early Childhood Education. Mrs. Campbell is also a member of Phi Theta Kappa Honors Society and was inducted that same year into the Who’s Who among Students in American Universities and Colleges. She graduated from Belmont University having earned a Bachelor of Arts Degree in Liberal Studies with a minor in Education. Mrs. Campbell continued her education at Belmont University where she completed a Master of Arts Degree in Teaching with a Montessori Certification. While matriculating at Belmont, she also earned the Tennessee State University Center of Excellence for Learning Sciences Early Childhood Administrator Credential.

From 2005 to 2013, The First Lady served as a Pre-K teacher and Executive Director of the Fifteenth Avenue Baptist Church Child Learning Center. In her capacity as Executive Director, she utilized her education and experience in early childhood education and administration to train employees, supervise staff, minister to families, and develop exceptional programs that prepare children for excellence in education.

Raised in the Catholic faith tradition during her formative years, Jamie rededicated her faith in Jesus and was baptized at New Hope Missionary Baptist Church in St. Paul, Minnesota. Mrs. Campbell also uses her God-given gifts and talents to glorify God and edify the church. She is known for using her gifts in the ministries of nurture and helps, Girl Scouts, as well as singing in the choir and praise team. Her greatest gift is the God-given strength of a wonderful wife and mother par excellence. She has committed her life to achieve excellence through biblical living. She strongly believes that any person who is willing to “walk by faith” and trust God will achieve their dreams and desires. She believes we must take responsibility and seek the Lord for ourselves, and then reach someone else to share the Good News of the Gospel of Jesus.

Our Team is here for you. Please contact us.

Statement of Purpose:
Although trustees are necessary for the effective and efficient operation of a local church body, it is not a biblically created office. Trustees are a mandate of the State whose responsibility is to the physical property of the church.

The Trustees will hold in trust the church property. They shall have no power to buy, sell, mortgage, lease, or transfer any property without a specific vote of the church authorizing each action. It shall be the function of the trustees to affix their signatures to legal documents involving the sale, mortgage, purchase, or rental of property or other legal documents where the signatures of trustees are required.

The Trustee Ministry is Responsible for ensuring the church building is:

Appointment and Term of Service:
Trustees shall be appointed annually by the Pastor, after consultation with the Deacons Ministry and affirmed by a vote of the church. The number of trustees which shall serve will be determined by the needs of the congregation.

4 Levels of Training and Service

M.I.T Program
Those discerning a call to ministry and preparing for public acknowledgment and formal licensure into the preaching ministry.

Licensed Ministers
Those who have been licensed after successfully completing all M.I.T documents, classes, training, and evaluations. Ministers licensed by other church congregations will be required to complete abbreviated M.I.T sessions. This level of service will require intense shadowing, mentorship, rotating assignments, pulpit duties, protocol training, and completion of appropriate coursework.

Associate Ministers and Associate Pastors
A few examples for this level of service would include positions such as Youth Pastor, Administrative Pastor, Director of Christian Education, Pastor of Outreach and Evangelism, etc.

About:
The Ebenezer Baptist Church Mothers Ministry was organized in 2016 under the leadership of Pastor Vincent K. Campbell. Based on I Timothy 5, it is our belief that Church Mothers play a crucial role in the life of the church and society through the ministry of prayer. We further believe that Anna the prophetess, whose life as a widow (church mother) was spent in prayer and fasting (Luke 2), serves as an excellent Biblical role model for any Church Mother who is seeking to answer God’s call to a life devoted to prayer.

Primary Duty and Responsibility:
Our Church Mothers are Private Prayer Warriors whose primary duty and responsibility is to live a life devoted to prayer. They are responsible for keeping the Pastor, Pastor’s Family, and the entire Church Family covered and empowered through intercessory prayer.

Members of our Church Family will be encouraged to share their prayer requests with our Pastor and Church Mothers.

Ebenezer continues to worship despite the limitations presented by this pandemic. We are currently engaged with our members and friends during weekly ‘Sunday Gatherings Online’ on Zoom.

We hope to see you there!

HOW TO JOIN ON ANDROID & iOS

HOW TO JOIN BY PHONE

Ebenezer continues to worship despite the limitations presented by this pandemic. We are currently engaged with our members and friends during weekly ‘Sunday Gatherings Online’ on Zoom .

We hope to see you there!

HOW TO JOIN ON ANDRIOD & iOS

HOW TO JOIN BY PHONE

Ebenezer’s Church Leadership continues to focus our efforts on the reopening of the Ebenezer church building for worship, new community services, and church activities in a manner that is safe and protects the health of members and friends. City, regional, state, and federal government agencies and officials are making progress in their efforts to address the devasting effects and potential harm that are spread as a result of the contagion associated with COVID-19.

ONLINE SUNDAY GATHERINGS: [Learn More]
Ebenezer continues to worship despite the limitations presented by this pandemic. We are currently engaged with our members and friends during weekly ‘Sunday Gatherings Online’. Our plans for weekly Virtual Worship Services are in the works, and we will soon be offering those Worship Services to all. The challenges each of us face, on a daily basis, are unprecedented. Praying together, worshiping together, and continuing our support for one another will help us meet these challenges.

We will remain committed to protecting the health of our members and friends, visitors, and community, and we will continue to pray without ceasing for the health and safety of all.